The trip started early morning from Tel Aviv by heading up to the North, in the direction of Haifa. After having passed by lovely residential properties of Netanya we turned east and started gently climbing the hills and picturesque fields.

Shortly after that we reached Nazareth – the most Arabic city in Israel (70% of population). The city itself is not very spectacular. What attracts people to visit the city are its biblical connotation (depending on the sources, Nazareth is the place of Jesus’ birth or the place where he spent its childhood) and the Basilica of the Annunciation, the largest Catholic shrine in the Middle East.

The basilica in its today’s architectural form was built in 1960s. It is constructed over the historical Grotto of the Annunciation which can be visited by the tourists. The Grotto hosted the home of Mary in the biblical times.

The basilica is decorated by the paintings and mosaics coming from many countries of the world. All these pieces of art present Mary as adored in the respective culture.  The most spectacular one comes from Japan and is decorated with genuine pearls.

We think that it was already mentioned in one of the previous reports that Israelis take good care of the multi-cultural and multi-religious character of the country’s territory which is reflected in a very good shape of all architectural attractions. Despite the clearly modern profile of the country, trips to the biblical sites take the visitors on a journey 2000 years back. Every step made there is equal to touching the events and places where the Christian civilization was born. 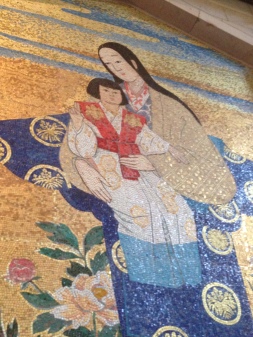 Japanese Mary in the Basilica of Annunciation

Nazareth – the Basilica of Annunciation 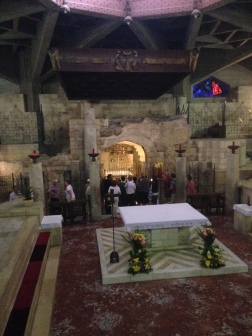 The Basilica of the Annunciation- Mary’s Grotto 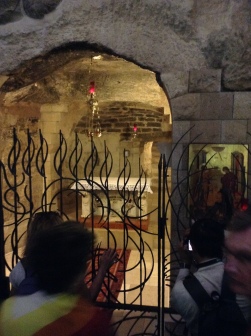 The Basilica of the Annunciation- Mary’s Grotto

The Basilica of the Annunciation

The Basilica of the Annunciation
Sea of Galilee

The Sea of Galilee facing Golan Heights on its eastern shore is the only natural reservoir of drinking water in the country and the safe access to it was one of the reasons escalating in the Six-Day War in 1967.

After ignoring some propaganda slogans of the Israeli guides (Golan Heights have been secured to improve conditions of living of the local farmers), the visitors can focus on admiring the Church of Multiplication in Tabgha, on the shore of Sea of Galilee as well as Capernaum – the ancient city from the 1st century b.c. being home for some 1500 inhabitants. 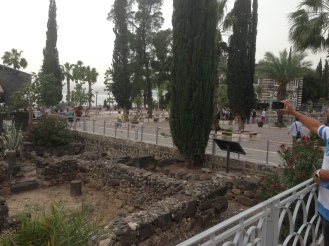 View to the Greek Orthodox Monastery from Capernaum

Church of the Multiplication, Tabgha 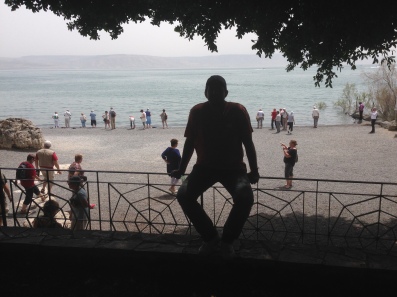 Sea of Galilee and the Golan Heights

The Church of the Multiplication, Tabgha
Yardenit- the Baptismal Site

Located in the city of Kineret, Yardenit is the place where Jordan River leaves the Sea of Galilee and starts heading to the Dead Sea where it ends.

Yardenit is a picturesque and large, mixed garden-forestry site adjacent to Jordan River. Groups of tourists take the opportunity to go through their Baptismal ceremony in the river – a quite interesting spectacle although a bit doubtful from the sanitary point of view given the shores of the river being not very sterile. For unknown reasons 95% of newly baptized Christians in this place are the Russian speaking tourists.

Nevertheless, Yardenit is not the original place of Jesus’ baptism. The original site is located on the Eastern bank of Jordan in the buffer zone. Yardenit has been created by Israelis after the six-days-war as a pilgrimage site for replacement.

After having spent some 40 minutes in Yardenit, we left the place and headed direction Jerusalem, along the Israeli-Jordan border. 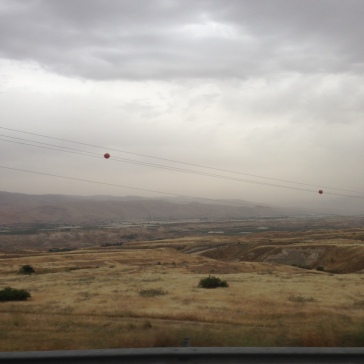 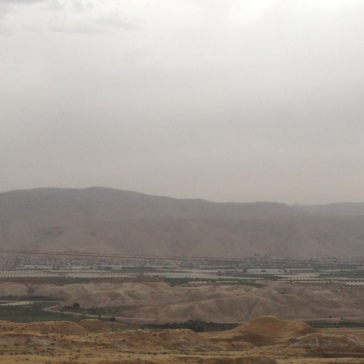