The idea to visit Bhutan has been present in our minds for years. However, due to the juicy budget required for such trip we had to postpone it until now.

The first natural step was to find the tour operator. After having went through various reviews on internet, we realized that all certified tour operators offer comparable (and high) quality of service. Prices do not differ much neither because all foreigners (except of Indian and Bangladeshi citizens who are allowed to explore Bhutan on their own and without visa) have to pay around USD 250 per day when staying in 3* hotels. The package includes full board meal option, private guide, the driver and the drinking water during the trips. This very high price constitutes a natural entry barrier for massive tourism and fits within the governmental strategy to keep the number of visitors under control. 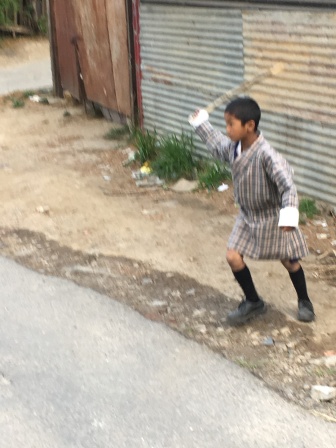 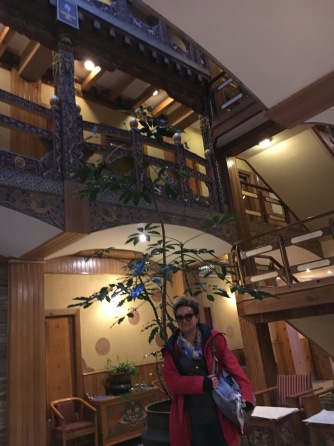 Schoolgirls in front of the Buddha statue in Thimphu 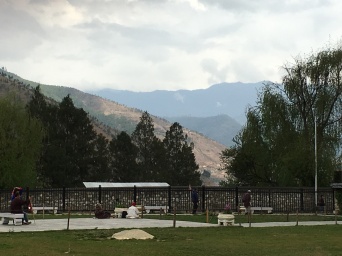 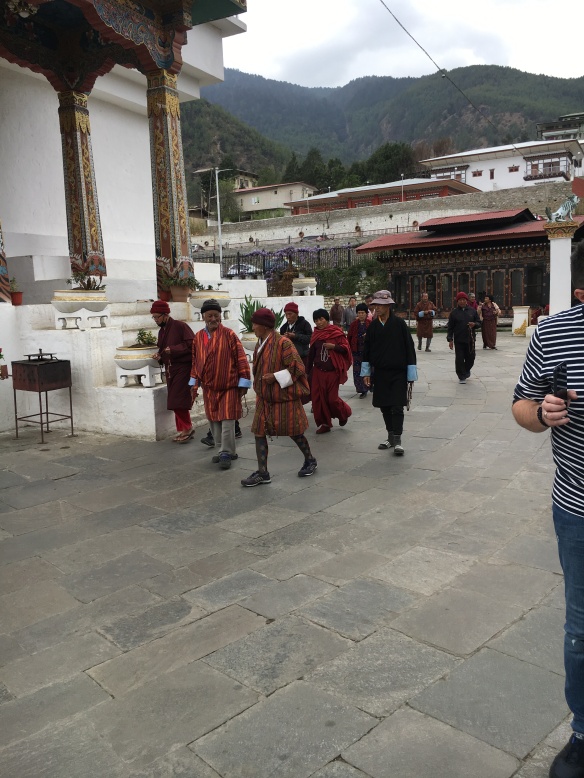 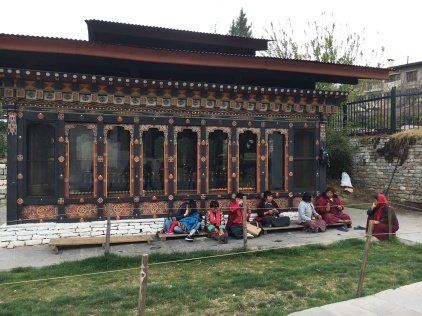 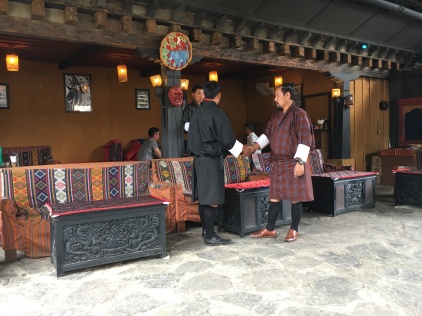 Trying the archery – the National sport of Bhutan 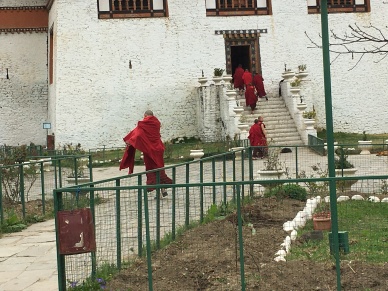 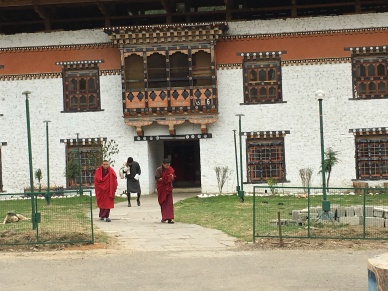 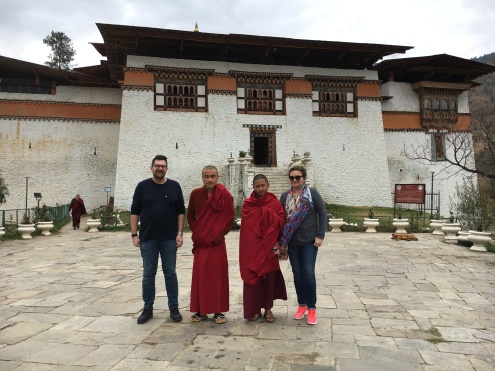 After short research we have chosen the tour operator – Druk Asia Tours & Treks, who have their rep offices in Singapore and Bangkok as well as very transparent, nicely designed internet site with a clear description of the offer. We booked the most popular 7-days tour to Thimphu, Paro, Punakha and Haa. The tour operator was very cooperative since the first contact, they implemented changes to the program on our request and they were replying to our questions very quickly. They also provided us with the dedicated webpage, where we could find our detailed tour program, flight tickets, information about the guide and the place to send additional requests.

On top of the expensive tour package we had to book expensive flight tickets (around 1,000 USD per person from Singapore) as there are only two carriers with license to service the international airport of Paro (DrukAir and Bhutan Airlines). Certainly, buying a ticket from one of the Indian cities would be a cheaper option. Tickets from Bangkok are only marginally less expensive than from Singapore.

Visa is being arranged by the tour operator and it’s cost is included in the package. The visa is issued precisely for the period of your tour and there is no way to extend it. Despite the heavy administrative barriers to enter the country, the immigration and customs procedures are quick and efficient. Bhutan is a no smoking country and the sale of tobacco products is prohibited by law. The tourists can import the cigarettes subject to the payment of customs duty of 200%. During our trip we did not see a single person smoking. Contrary to tobacco products, alcohol products are available for sales in the food stores throughout the country (beer, wine, whiskey and vodka). They are locally produced and not very expensive. 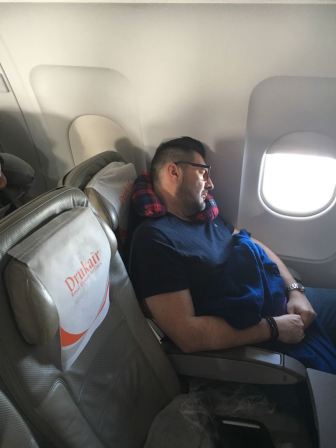 On the flight to Paro

Paro airport and our aircraft after miraculous landing 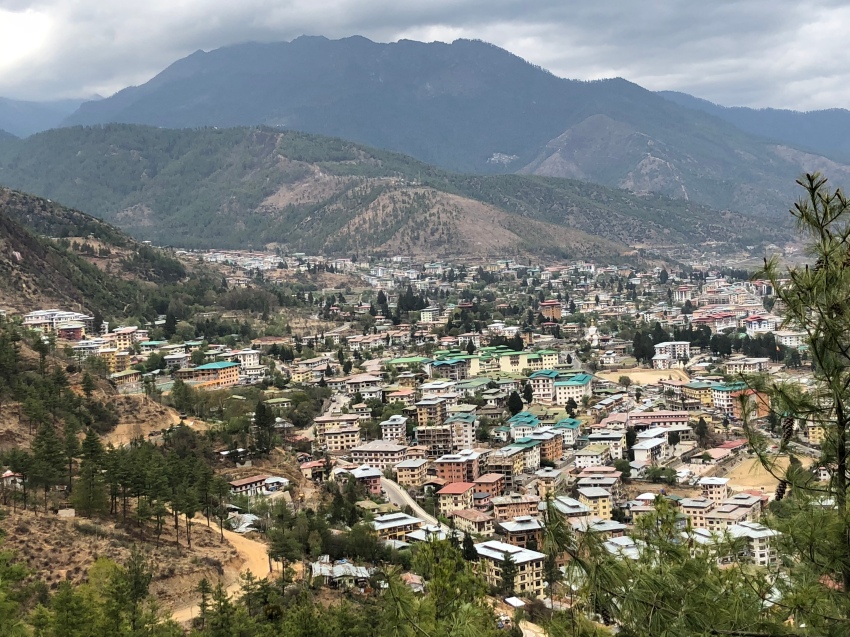 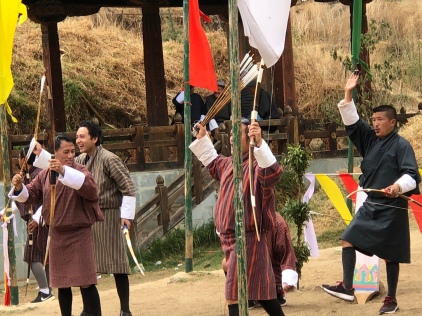 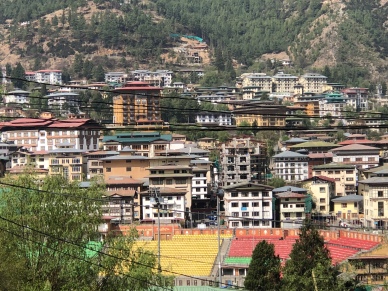 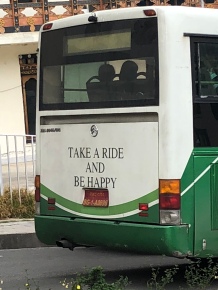 On the way to the Fertility Temple in Punakha

Immigration checkpoint on the road to Punakha 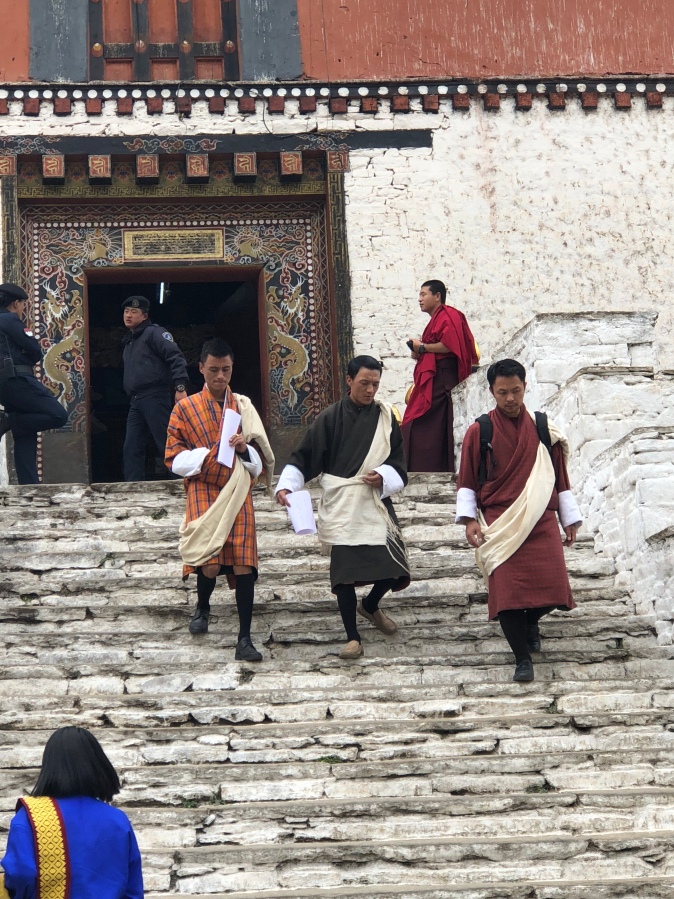 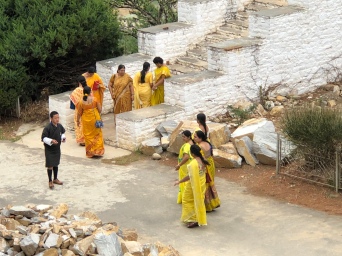 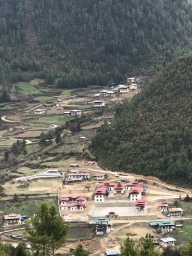 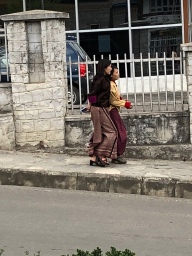 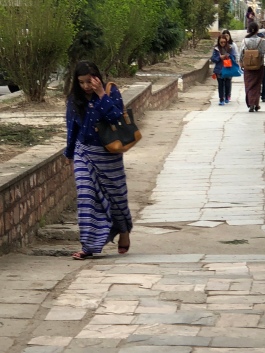 Bhutan – the myths and the facts

1. “Bhutan is a very small country”. Not exactly. The surface of Bhutan is some 38,000 square kilometers which makes it comparable to Switzerland. However, it’s population is some 750,000 inhabitants as compared with 8 million in Switzerland.

2. “Tour package is expensive. Therefore, tourists are treated like the necessary evil.” This is clearly not true. The entry barriers aim at protection of the natural and cultural heritage of the country. Bhutan draws the lessons from the Nepalese experience, where the wide opening of the borders to massive tourism led to the heavy environmental impact and, also, to the political changes.

Our tour operator was taking their promise seriously to organize a memorable stay while knowing that this is probably the “once in a lifetime” visit to the country.

Tourism is the second largest source of revenue to the country (after the sale of electricity generated by hydro power plants). Therefore, the government controls the quality of service through the certification systems of the guides and drivers. Despite the Bhutanese roads being steep, narrow and curvy- the tourists usually do not experience any discomfort because of the very good driving skills of the drivers.

3. “Bhutan is an isolated country, there is no internet, television or mobile phone network. Cars are rare and the public transportation is organized with help of cows and horses. Infrastructure is poor and the buddhist monks rule the country.” The story is more complicated. Certainly, Bhutan does not create an impression of isolated country. However, people wear traditional dresses in the streets (obligatory when working or visiting any public authority). This results in an interesting experience when looking at young people in Thimphu wearing traditional Kira or Gho and talking to the mobile phone or carrying their laptops or trendy purses.

Internet and television are widely available. However, the WiFi quality is not always good. Infrastructure (e.g. roads) is in a good shape, however, the structure of terrain enforces the roads to be very curvy. The first asphalt road has been built in Bhutan only in 1970s and Bhutan fully relies on Indian and Nepalese workers as far as the road construction and maintenance is concerned. This is due to the lack of own skilled workforce in the sector concerned. All the buildings (public and private) have to be designed in a traditional way which makes the country even more charming.

Public bus transportation is available in Thimphu. To travel between the cities, Bhutanese use taxis. The number of cars in the country was growing very fast in last years thus leading to excessive pollution and traffic jams in Thimphu. Therefore, the government recently imposed 100% tax on purchase of cars. This makes them twice as much expensive as in the neighboring India.

Sacrum and profanum in Bhutan were penetrating each other for ages. All the regional fortresses (Dzongs) are divided into the religious and the administrative part. The religion is very important to Buthanese people and the religious dogmas are taken more seriously in Bhutan than in any other Asian country. For example, Bhutanese people do not kill nor slaughter animals. Therefore, all the meat consumed by the tourists comes from import.

4. “Hotels in Bhutan are similar to European tourist shelters”. This is another myth. When paying for the cheapest package tour based on 3* hotels you will experience decent hotel facilities with good sleeping comfort. It might be that the rooms do not have a TV set or a weak WiFi, however TV and WiFi are not the things you wish to experience in Bhutan. All three hotels we were staying in were clean, rooms were spacious and the staff was very friendly an helpful.

5. “Communication with Bhutanese people is a problem because of their poor English speaking skills”. On the contrary, the knowledge of English on a sound communication level is common thing because Bhutanese educational system requires that all subjects except the mother tongue are taught in English.

6. “Bhutanese cuisine is delicious and similar to the Chinese one”. Well, my experience is different. Due to the fact that meat is quite expensive (imported), there is no strong culinary tradition as far as preparation of meat for consumption is concerned. On top of that Bhutanese people are used to add enormous volumes of chili to every dish when they cook for themselves. They avoid it when preparing the meals for tourists which makes the dishes actually tasteless. Fresh juices are rare. Therefore, 1-week-stay in Bhutan is optimal from this point of view :-). One of newly met tour companions of ours said that it should be called “nutrition” rather than the food😜.

7. “You pay high price for the flight ticket and the tour. Therefore, you can expect luxury, boutique-like comfort”. Certainly, you can find luxury 5-star hotels in the country, however you have to pay for them extra. The comfort you get is exactly what the tour operators promise. Not more, not less. You will be driven a comfortable car, you will stay in decent tourist-class hotels and you’ll receive standard catering when on the flight. Bhutan is offering unforgettable impressions from its nature and culture and this is what you are paying for.

8. “Bhutanese lead in the worldwide rankings of the happiest nations of the world”. Indeed, Bhutanese authorities use the Gross Happiness Index to measure the development of the country rather than traditional Gross Domestic Product. The concept of the Happiness Index is not measurable and it builds on several pillars like environmental sustainability, protection of national heritage etc. The level of happiness is measured on the basis of interviews held with the members of each household so that there is no “objective” figure to observe the trends. The supporters of the system argue that there is no better way to check how happy people are in their lives but to ask them. The critics argue that one of the factors contributing to the high level of happiness is the high rate of people without writing and reading skills (35%) and substantial economic dependence from India (sale of power to India is the main revenue source of the country). To counterbalance this view it has to be mentioned that education and healthcare are free and the country has implemented the system to send young people abroad for university education and the initial work experience in order to build up the strong Bhutanese middle class.